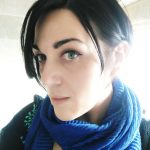 It’s official. – Veganism has officially entered mainstream conversation and food manufacturers worldwide are looking to capitalise on brand favourites and offer authentic and tasty plant-based alternatives to their core range.

Launched in the UK in 2014, Veganuary encourages people to try vegan for January and beyond, and since the campaign started more than 500,000 people have registered to try vegan, although data suggests that ten times more people actually participate and try following a plant based diet in January each year.

In 2019 we saw big food manufacturers get in on the action, with new launches including Gregg’s famous sausage roll, Pizza Hut’s Jackfruit pizza and Marks & Spencer Plant Kitchen Range. Greggs upped the ante launching their Vegan Steak Bake on the 2nd January this year which is no surprise as the UK vegan Market was estimated to be worth a staggering £572 million in 2019, according to Mintel.

Consumers are demanding more choice and excitement when it comes to Vegan offerings, so long gone are the days of living on leafy salads and grains. This demand has forced manufacturers to look at offering meat free versions of consumer favourites – all which support the Vegan claim.

You might not know, but ALL of our flavours are suitable for a Vegetarian and Vegan diet, and these can span cheese flavours such as Stilton, Parmesan or Cheddar or typically ‘meaty’ flavours such as Minted Lamb, Roast Chicken or Smoky Bacon.

Whatever the application, we have the understanding and expertise to help create bespoke flavours that wont break the bank, and although we can’t help with many others new years resolutions such as getting you to the gym more – we can help to provide authentic quality flavours suitable for a plant based diet which will see you through Veganuary (and beyond) 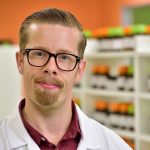